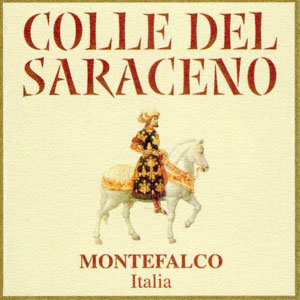 The land of the Botti family extends only 3 km. From Montefalco, along the southern slope of a splendid ridge, that, rising between Assisi and Spoleto, dominates the Umbrian valley: it has always been the most suitable area of the entire municipal territory for the cultivation of Sagrantino. The property, established since the beginning of the 20th century, has always included Sagrantino vineyards, and the family has continued, for decades, to preserve the traditions of winemaking, even when they had almost disappeared elsewhere. The quantity that is vinified, using absolutely traditional techniques, and natural processes, is very limited. It is, thus, only a part of the entire harvest, used by the owners themselves in the family farmhouse.

The vineyards, about 9 hectares, all registered, produce mainly Sagrantino grapes, but also Sangiovese, Merlot and Grechetto. From their grapes are obtained: Grechetto, white IGT, Rosso Galdino blend IGT, the famous Sagrantino, DOCG, both dry and passito. Rarity in its typology, the Sagrantino Passito of Azienda Agraria Botti is the result of the excellence of Sagrantino grapes, dried for months on traditional racks. A painstaking work, carried out for generations, which it can still be considered as a kind of a ritual.

In the property there are also olive groves with centuries-old trees of fine varieties: Leccino, Frantoio, the rare San Felice, but in particular Moraiolo. This means that, in the Azienda, there is also the production of an extra virgin olive oil of the highest quality.
The olives are harvested by hand from the month of October and pressed once cold: thanks to the pressing of the oil, which is intensely green and fragrant, there is the retain of the organoleptic characteristics for over a year.
You can also contact the company in English and French.