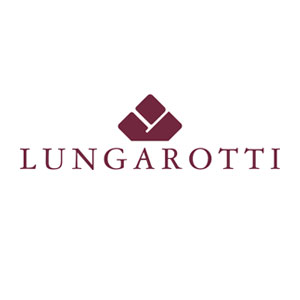 Lungarotti’s history goes back three centuries to the 1700’s when the family members, already farmers in the mid-Tiber River valley and anticipating the potential in Umbria’s soil, began to produce wine and olive oil. Over time the land parcels continued to be consolidated and these illuminated land-owners continued to expand and improve on their products.

In the early 1900’s, Giorgio Lungarotti’s father and uncle took over the wine production, distinguishing themselves in the area around Perugia thanks to the quality of their wine, sold mainly in bulk to local retailers and restaurateurs; only a fraction of the wine was bottled, principally their famous Vin Santo. The young Giorgio Lungarotti obtained an agricultural degree in 1936 with a thesis on modern viticultural techniques and immediately started managing the family company. In 1949 he was one of the exhibitors at the Grape Fair in Perugia where the three main directives of Umbria’s viticultural development were established: specialized grape growing instead of mixed farming; abolition of green pruning and the use of grafted shoots instead of wild ones. In the early 1950’s Giorgio seized the opportunity to take a leap forward in quality, conquer the national market and make Umbria known abroad. Thus began a visionary phase of experimentation which resulted in the release of Rubesco and Torre di Giano in 1962, followed two years later by the first vintage of Rubesco Riserva from the Monticchio vineyard.

From that point on, Lungarotti became the symbol of Umbrian excellence in Italy and worldwide with its wines produced in Torgiano and Montefalco (Umbria region). The group, still a family company, has been managed for the past 20 years by Chiara Lungarotti (C.E.O.) and her sister Teresa. The cultural activities of the Lungarotti Foundation (which heads the Wine Museum and Olive and Oil Museum of Torgiano) are directed and coordinated by their mother, Maria Grazia Marchetti Lungarotti. The family’s newer generation is also an integral part of the company, involved in the export markets and the Foundation. Key words that identify the Lungarotti brand are: wine, research in vineyards and winery, innovation, culture and hospitality. They represent a network of values and activities focusing on respect for the land, preservation of the rural landscape and energy saving.